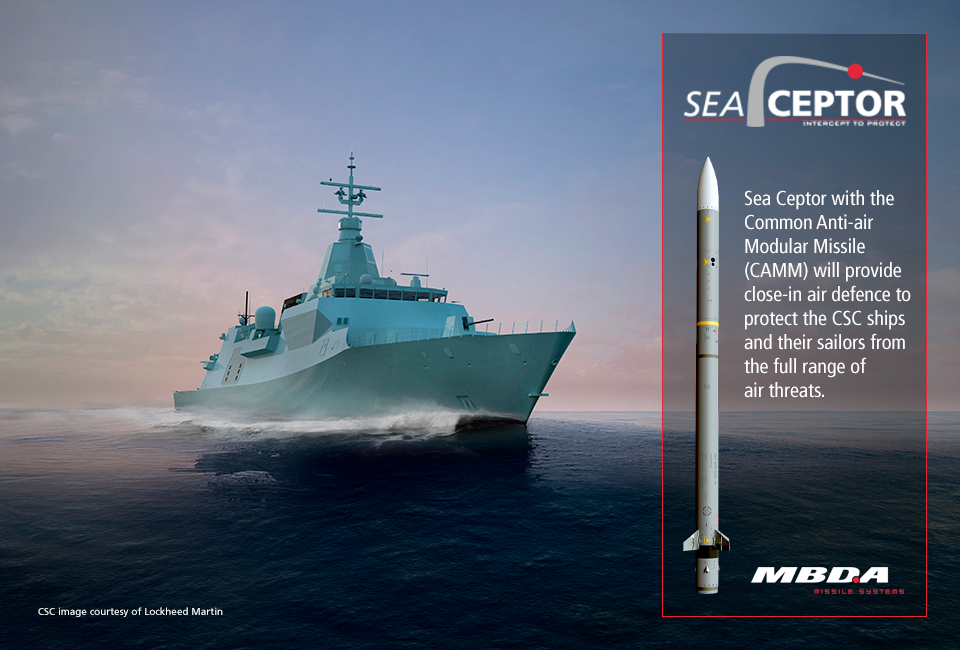 MBDA’s role on CSC will create a positive impact on the Canadian defense industry and its supply chain through Canada’s Industrial and Technological Benefits (ITB) policy. This contract will bring significant investment by MBDA in research and development to Canada across a wide range of technologies, such as artificial intelligence, cyber security and advanced materials. This investment will be made across small and medium-sized enterprises (SMEs), academia and other key industries across Canada, supporting high technology jobs. In addition, the CSC program will further strengthen the partnership between MBDA and Lockheed Martin Canada, which has already seen Sea Ceptor and CMS330 providing world-class air defense capabilities to the Royal New Zealand Navy and the Chilean Navy.

Éric Béranger, CEO of MBDA Group, said: “We are delighted to be awarded this contract, and to play a part in contributing to such an important program to Canada. Sea Ceptor delivers next generation technology that will help protect the men and women of the Royal Canadian Navy as they carry out their missions around the world on-board the advanced new CSC frigates.”